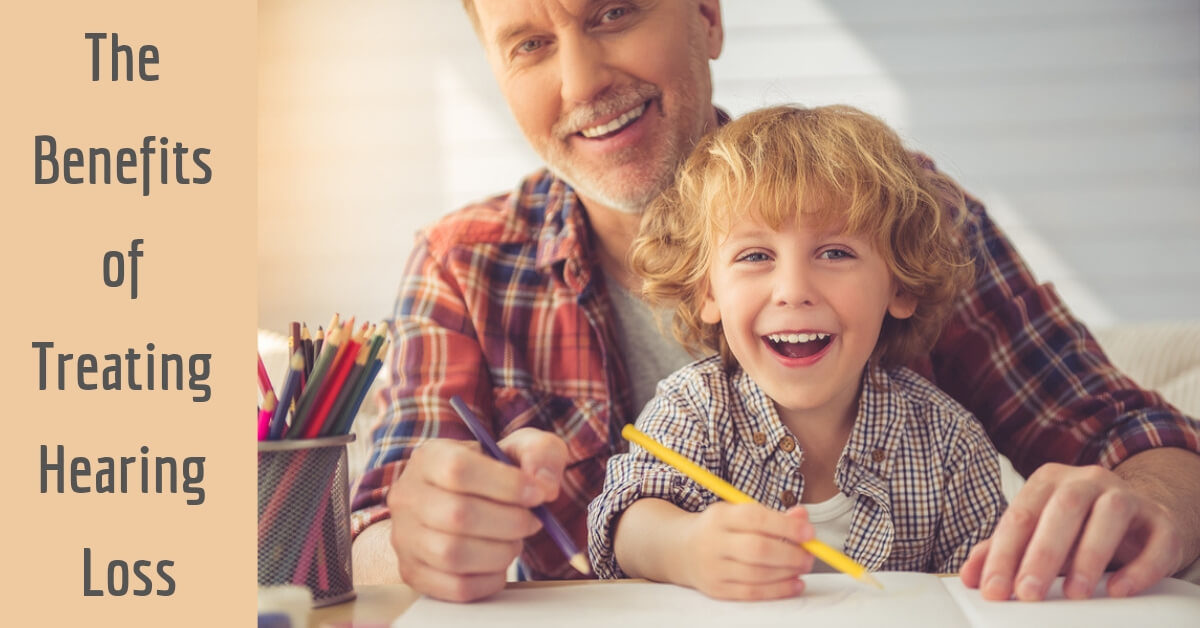 If you are unsure about treating your hearing loss, you’re in good company. About 28.8 million U.S. adults could benefit from treating their hearing loss. It is the third most common health condition in the states, behind heart disease and arthritis. Even though these numbers are so high, only 20 percent of those who could benefit from hearing aids are using them.

However, there are many benefits of treating your hearing loss. Here are some ways you could improve your life by taking charge of your hearing health.

You could earn more and be more productive in your career

Many people are unaware of the powerful link between treating your hearing loss and increasing your earning power. A study by The Better Hearing Institute discovered that untreated hearing loss can reduce annual earnings by as much as $30,000. The study also found that correcting hearing loss with hearing aids was found to reduce the risk of decreased earnings by over 90 percent for people with mild hearing loss, and nearly 77 percent for those with moderate-to-severe hearing loss.

Occupational hearing loss is the number one job-related illness. If you experience hearing loss while you are still in your working years, it can affect how easily or safely you perform your job duties, how well you communicate with co-workers or supervisors, and could even result in early retirement. Treating hearing loss will help a person stay engaged and productive at work until they chose to retire for a reason other than they can’t hear well in certain situations.

You could reduce your risk of dementia and depression

Dementia is a brain disease that describes a set of symptoms associated with cognitive decline. it is the sixth leading cause of death in the United States.  A recent study has connected untreated hearing loss with an increase in the likelihood of dementia and depression. The study, led by Jennifer A. Deal, PhD and published in the JAMA Otolaryngology Journal, analysed responses from the health insurance claims of 154,414 adults 50 and older, and found that the respondents who didn’t treat their hearing loss had their risk of dementia increased by 50 percent, and their risk of depression increased by 40 percent within five years, compared to those who didn’t have hearing loss. This study’s findings are supported by another study from The University of Pennsylvania, which found there were certain elements of the brain that atrophy when the subject has hearing loss. They then found that with the use of hearing aids, the rate of atrophy decreased. This led the study authors to conclude that wearing hearing aids has the potential to slow the cognitive decline associated with hearing loss, and by extension, cognitive conditions like dementia.

You could communicate better with others

When someone finds it difficult to hear in social situations, it can be very stressful. The person may feel self-conscious and fail to catch the end of anecdotes and punchlines. This leaves little incentive for them to attend social gatherings and could result in the individual becoming more socially isolated. In her recent book Sound, Bella Bathurst explains the thoughts one goes through when they are deprived of their full hearing abilities.

“To lose your hearing is to lose the social connections that make you who you are. It is to always miss the punchline; to feel forever a beat behind; to lose confidence, and identity, as well as pleasures that suddenly seem fundamental, such as music and birdsong.”

When a person treats that hearing loss, the social effects are felt almost immediately. a study by The Hearing Review, hearing aid wearers were asked if their devices left a positive impact in their social lives. The wearers agreed or strongly agreed with that statement. Social isolation can be damaging if left unchecked, and treating your hearing loss ensures you stand the best chance of remaining socially active.

Your relationships could improve

Aside from social connections, your existing relationships can also be improved. Partners of those with hearing loss are often frustrated from the chore of repeating themselves. A lot of small arguments can ensue from crossed lines of communication. At the same time, the person with hearing loss might feel helpless from their inability to hear everything that is said. When hearing help is finally sought, the individual feels more independent and confident again, and communication between couples improves.

Treating your hearing loss is easier than it sounds. It starts with a simple hearing exam. Contact Absolute Audio to schedule your appointment today!