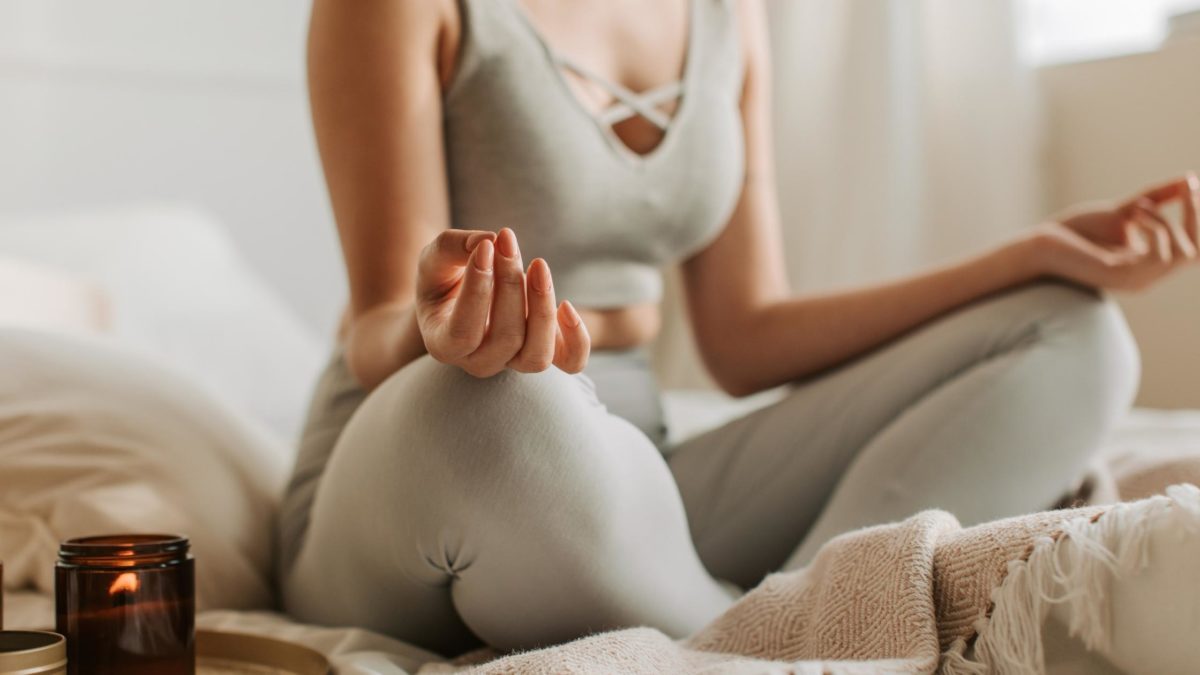 Do you find yourself staying up at night or distracted during the day due to a persistent buzz that just won’t quit?! This is tinnitus, a phantom sound in your ears with no external source. The U.S. Centers for Disease Control and Prevention (CDC) estimates that “nearly 15% of the general public — over 50 million Americans — experience some form of tinnitus. Roughly 20 million people struggle with burdensome chronic tinnitus, while 2 million have extreme and debilitating cases.” Those who can’t escape the distracting nature of tinnitus struggle with sleeplessness, anxiety, and issues concentrating at the task at hand during the day. Unfortunately, there is no cure for tinnitus, but the good news is there are several ways to treat the condition. Surprisingly, many report that one of the most effective ways is through meditation!

We all have an idea of what it means to meditate, but what exactly is it and why are so many finding it as a way to relieve the persistent buzz of tinnitus? The National Center for and Complementary and Integrative Health describes tinnitus as “a set of techniques that are intended to encourage a heightened state of awareness and focused attention. Meditation is also a consciousness-changing technique that has been shown to have a wide number of benefits on psychological well-being” It’s a practice which has been used for centuries for self-enrichment and healing for many applications. Overall, it can be used to focus on a specific topic and tune everything out or of simply being aware of and involved in the present moment and making yourself open, aware, and accepting of that moment as it is. The later has become a successful way to address tinnitus.

To understand why meditation works to address tinnitus, it’s important to understand tinnitus in the first place. Derived from the Latin word tinnire, which means, “to ring,” tinnitus can actually take on many different manifestations for each person affected, including a buzz, hum, roar, whoosh or even phantom music. Technically tinnitus is not a disease but a side effect of other health conditions. If you’ve ever left a loud concert or sports game with ringing in your ears, it’s a sign of sensorineural hearing damage. Sensorineural damage occurs when the tiny hair cells of the inner ear within the snail-shaped cochlea become damaged. These cells are the sole delivery system of sound from the ears to the brain. Loud noise is one of the most common ways that they sustain damage, however, other cases include impact to the head, certain medications, exposure to certain chemicals, infections, and chronic diseases such as diabetes and hypertension. When these cells become damaged its common for them to malfunction, sending a sort of feedback to the brain which is interpreted as tinnitus symptoms.

For those who report bothersome or debilitating tinnitus, one of the driving factors is stress. For those who struggle to escape the hum of tinnitus it can be an extremely frustrating. Quite moments of rest and reflection are invaded by the persistent sound of tinnitus which brings on anxiety and stress. Stress seems to only enhance the buzz of tinnitus making it all the more noticeable!

Meditation in coping with tinnitus

It may be counter intuitive, due to the quiet nature of meditation, but it’s been found to be one of the most effective methods of treating tinnitus. focusing on just being can be incredibly difficult, especially at first, however it allows many to block out the buzz of tinnitus and focus on the present moment. Many enjoy calming music or a meditaion guide to start the practice, however, as you master the art of being it can be surprisingly restorative, especially to combat the ever-pressing speed of this busy world. Do your best to not engage with your thoughts. Clear your mind of thoughts and when you feel your mind start to wander anchor them back to center.

90 percent of those who suffer from tinnitus have hearing loss. Meditation is on restorative practice to help you deal on the day to day. However, many people find that the stress caused by hearing loss also contributes to tinnitus symptoms. If you are struggling to find a break from tinnitus, we suggest addressing a possible hearing loss. Schedule a hearing exam with us today!