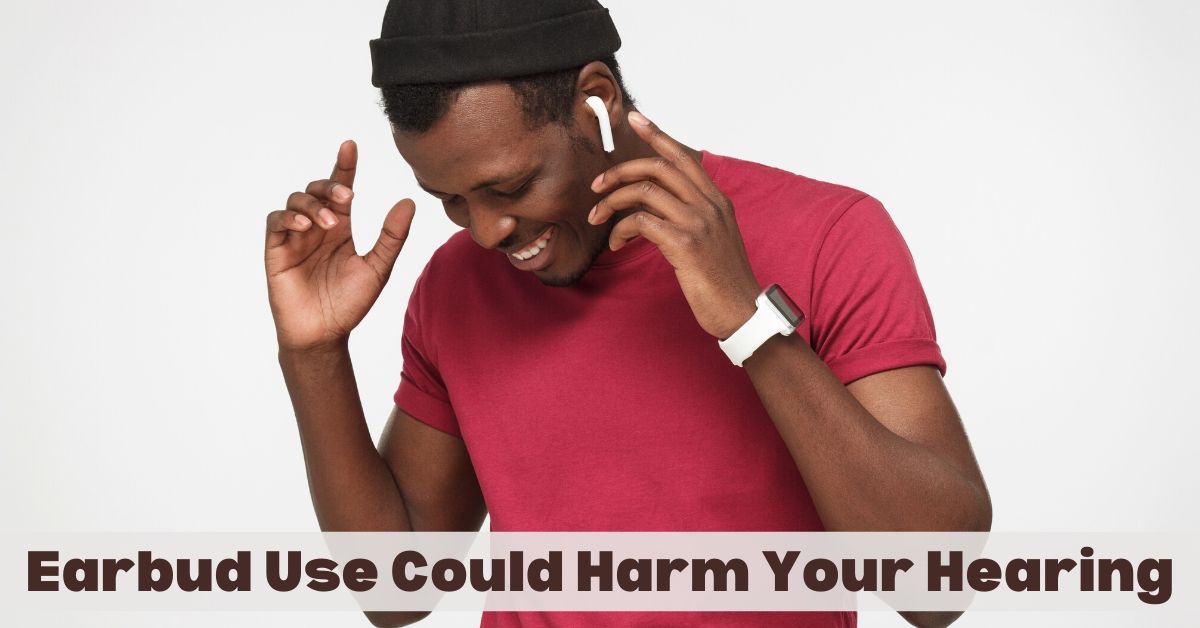 When Sony released its Walkman cassette player in 1983, they might not have known they would become the bane of audiologists the world over in such a short time. Within months, hearing experts were warning about the dangers of playing music so loudly and directly into the ears.

Little did they know, almost 40 years later, devices would play music much more conveniently and even more loudly. The effective max volume of today’s earbuds ranges between 85 – 110 dB. At 85 dB, it takes about eight hours of continuous exposure to cause hearing loss, but at 110 it takes less than two minutes. These devices are near-ubiquitous in society today, and are one of the main offenders in creating the statistic that nearly 20% of teenagers have measurable hearing loss in one or both ears.

Between 1994 and 2005, with the rise of the iPod, the use of earbuds increased by 75%. And half of the people who use them set their volume at unsafe levels.

Noise-induced hearing loss (NIHL) is caused by damage to the cilia (tiny, hair-like cells) inside the cochlea in the inner ear. These cells pick up vibrations from mechanical sound and, by their sympathetic vibration, convert that sound into electrical energy to be transported to the brain. Both NIHL and age-related hearing loss are a result of the deterioration of these cilia, but in the case of age-related hearing loss they are destroyed by restricted blood flow over time, whereas with NIHL they are bombarded by noise until they simply break.

People who have been unfortunate enough to experience a cataclysmic sonic event, like a bomb going off nearby, undergo something called “temporary threshold shift,” where for a short period of time (usually a day or two) their hearing is muffled and everything is quieter than normal. Some people also experience this shift from attending some kind of entertainment event, like a musical concert or festival. The bad news is that, while the person’s hearing will readjust to something like “normal,” their hearing will never return to what it was before the event. In other words, once you experience temporary threshold shift, you have also suffered some noise-induced hearing loss. And remember, NIHL is permanent.

If a person is listening to earbuds at a level that is causing temporary threshold shift (which is possible given the volume-producing ability of today’s earbuds), each time they do this, they’re causing themself permanent hearing loss.

Given the cacophony of loud sounds swirling through our society on a daily basis, listening to music for pleasure shouldn’t be yet another cause of hearing loss. If we attend concerts, it’s always important to wear earplugs, and with earbuds we can follow the simple rule of 6: don’t turn your device up above 60% of its potential volume.

If you need to drown out outside sounds, invest in noise-cancelling headphones. These devices have a microphone and processor inside that creates a representation of the sound that’s coming in from the outside, and flips it out of phase. Basically, this means that if the sound is creating 80 dB of noise outside, the headphones generate 80 dB of sound in the opposite direction, so that by the time both the outside sound and the headphone-generated opposite sound reach your ears, when you add them together (80 dB plus -80 dB), you get 0 dB of noise.

In addition to keeping our earbuds at reasonable levels, we should always carry a set of earplugs. For the serious music enthusiast, custom-molded earplugs might be a good option. What makes them custom is that an audiologist takes a mold of your ear canal and creates a silicone device that sits inside it, perfectly fitted to only your ear. This silicone device has a receptacle for a variety of attenuators of various degrees, ranging from 3 dB to 30 dB of reduction. If you’re attending a concert, maybe 15 dB of reduction would be good. If it’s an extremely loud concert or you’re going to a shooting range, maybe you want the 30 dB of reduction.

If you’ve ever worn regular earplugs, you know they attenuate different areas of the frequency spectrum to different degrees, taking more highs out than lows. With custom earplugs, the full frequency range keeps its usual relationship, it’s just all quieter. This makes it much easier to do what you do normally without feeling like you’re missing something.