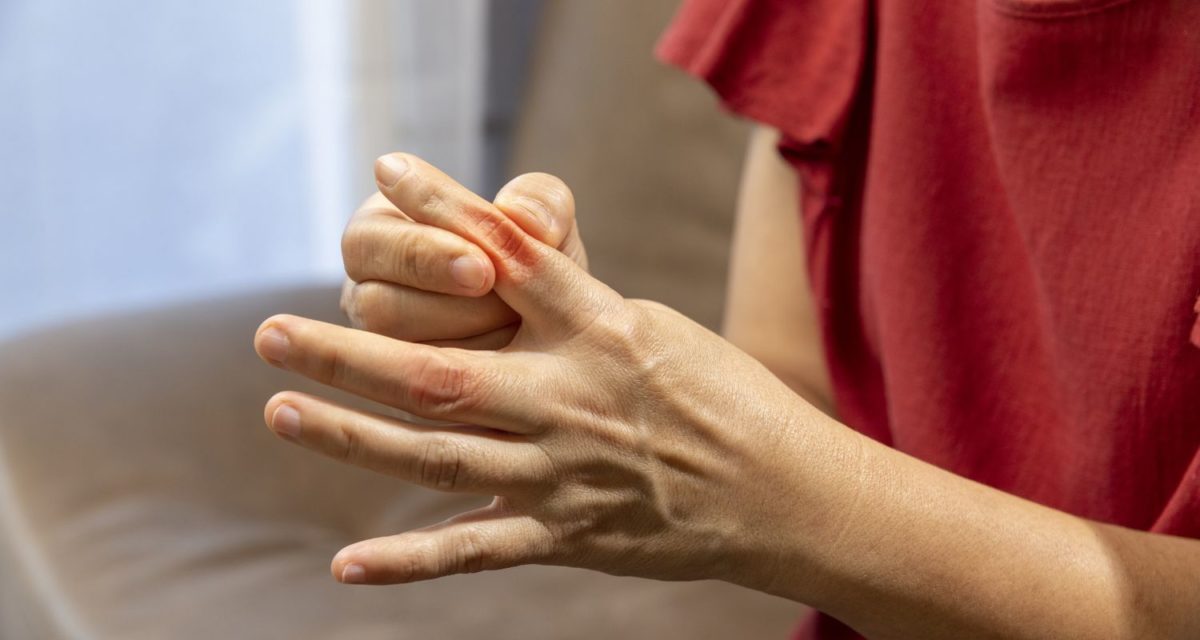 It’s common for your joints to hurt as we age. In fact, 24% of all adults in the United States, 58.5 million people, have arthritis. Arthritis causes your joints to feel chronically soar, however if you’ve ever experienced your joints feeling hot and very tender, to the point of being unable to bear anything touching it, it could be a specific type of arthritis called gout. Gout is an extremely painful form of chronic, inflammatory arthritis that can affect people of all ages. It often comes on quickly and can cause pain and swelling in the joints that is so severe it renders them temporarily incapacitated. Often affecting the big toe, the pain can be severe enough to wake you up at night with a hot sensation. It can feel hot and so swollen it can feel unbearable to put even the slightest amount of pressure upon. New research suggests that beyond the pain of gout another dangerous side effect may be a permanent risk to your hearing.

Gout can affect anyone and seems to affect men at a younger age than women. While women seem to be more prone after menopause, men seem to be affected between the ages of 30- 50 years old. The good news is that researchers are very aware of what causes gout. Gout is caused by a condition known as hyperuricemia. Hyperuricemia occurs when too much uric acid is present in the body. Uric acid is a waste product found in blood, created when the body breaks down chemicals called purines. Usually uric acid dissolves and exits the body when you urinate. However, when someone eats foods regularly that are higher in purines, the amount of uric acid in the body builds up. Some foods high in purines include:

A recent study published in BMJ Open uncovered a shocking connecting between gout and hearing loss. For those 65 years and older who live with gout, they are approximately 44 percent more likely to develop hearing loss. Researchers believe that the connection could be in that both conditions “share similar pathological processes.”

Based on Medicare claims filed between the years of 2006 and 2012, the researchers took note of incidents recorded as new cases of hearing loss. They identified 89,409 patients who were reported as having new hearing loss and compared it to those who also suffered gout and found that the rates of those with gout versus without gout were 16.9 vs 8.7 per 1,000 person-years.

It’s all too common to underestimate hearing loss. What starts as common occurrences of misunderstanding and confusion can lead to serious emotional, mental and physical side effects which can be difficult to reverse if unaddressed for too long. Often rifts in relationships can form at home and at work, giving way to feelings of depression, social anxiety and loneliness. This can affect self-esteem and reduce the likeliness of staying active and trying out new things. Hearing also puts a significant strain on your brain and can even lead to cognitive decline and increase the likeliness of developing dementia later in life.

One way to protect your hearing is to address gout. During an acute attack, anti-inflammatories, such as paracetamol and ibuprofen can help reduce swelling. However, staying active and eating healthy can make a big difference in avoiding frequent attacks by lowering purines in the body. Avoid excessive sugar, red meat, seafood, and alcohol as often as possible.

If you experience gout, your risk of hearing loss is significantly increased. It’s a good idea to schedule a hearing exam as soon as possible. The sooner you can get in front of hearing loss, the more likely you can maintain healthy relationships and help support your mood.

The first step is to schedule a hearing exam and determine the degree and nature of your hearing loss. From there, we can help you find the best solution for your hearing to support you and the life you love.